31st October, the day on which Sardar Vallabhbhai Patel jayanti is celebrated has been marked by the government of India as National Unity Day in 2014. Vallabhbhai Jhaverbhai Patel was born on 31st  October 1875. Sardar patel was an Indian Politician and was about to be the India first prime minister later he served the nation as a first Deputy Prime Minister of India.

Sardar Patel was born in Nadiad District, Kheda in Gujarat. Patel was one of the six children of Jhaverbhai Patel and Ladba Patel. He travel to England to study law and became Barrister. Sardar vallabhbhai patel was an influential leader of his time along with being a successful Lawyer. During the uprising of Quit India movement, he was appointed as the 49thPresident of Indian National Congress. 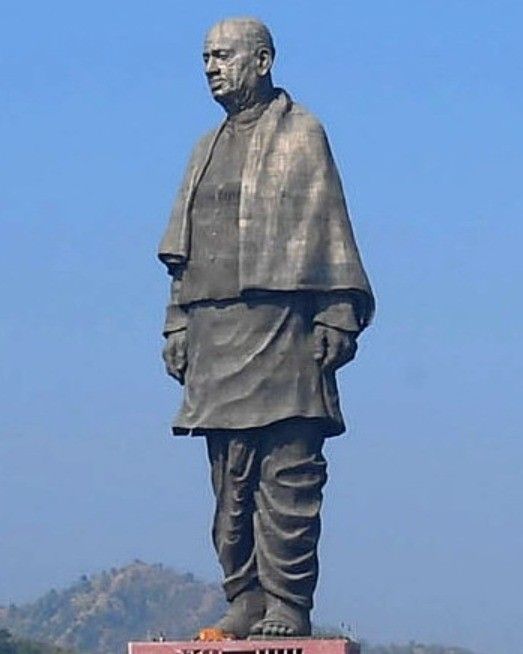 Patel was married to Jhaverben Patel, with whom he had two kids Maniben Patel and Dahyabhai Patel. In 1891 his wife Jhaverben died during her surgery for cancer, at that time Patel was in court. He was cross-examining a witness, when a note informing about his wife’s health was given to him. Patel read the note and pocketed it and again start the cross examining. He won the case and later on informed others about the news.

He decided not to marry again and raised his children with his family. Patel again journeyed to England at the age of 36 and entered at the Middle Temple in London, there he completed 36-month course in 30 months. After returning to India he settled in Ahmedabad.

He is also termed as Sardar, because of his great leadership skills. During satyagraha in the absence of Gandhi ji he led the satyagraha in 1923 at Nagpur, which was against the British law banning the hoisting of the Indian flag. He negotiated a settlement, which involved the release of prisoners and hosting of the national flag. He was against untouchability and discrimination against lower cast. He often raised his voice for the suppressed citizens of the country.

Being one of the great personality in India, he is also called the iron man of India. He was imprisoned for the participation in Salt Satyagraha in 1930 and was freed in 1931. In 1942 he travelled throughout the country and raised the support for the Quit India Movement and again he got arrested in 1942. In 1947, Sardar Patel led organizing camp, and visited border areas to encourage Peace.

One of the most admired thing about Sardar vallabhbhai patel is that, he is considered as the architect of Independent India as, Vallabhbhai patel played an important role in independence movement of our country and guided the country through hard times while integration into a united independent nation. Sardar Patel believed in Unity and believed that together we can achieve everything, he believed in equality and empowerment of women.

Honouring his dedication and selfless efforts towards the nation the Narendra Modi government in 2014 started to celebrate Sardar vallabhbhai patel birthday as the Rashtriya Ekta Diwas (National unity day).

Sardar Vallabhbhai Patel statue in Gujarat named Statue of Unity was also inaugurated by the Prime minister Narendra Modi in 2018. The sardar patel statue is located in Kevadia, Gujarat besides the Narmada River. The sardar vallabhbhai patel statue height of 182 meters holds the world record of currently being the World’s largest statue.

“Every Indian should now forget that he is a Rajput, a Sikh or a Jat. He must remember that he is an Indian and he has every right in his country but with certain duties.”