Today the Indian air force celebrated its 89th Air Force day at the Hindon air base, Ghaziabad. On this day in 1932, the country’s Air force was officially raised to support the Royal Air Force of the United Kingdom.

The journey of India’s flying unit started with the formation of its first operational squadron with six officers and 19 Hawai Sepoys back in April, 1933. Today the Indian air force has become the 4th largest and powerful unit at the global level with nearly 1,500 aircrafts and 1,70,000 active personnel working in Indian Air Force and is among the best equipped and professionally trained Air force in the world. 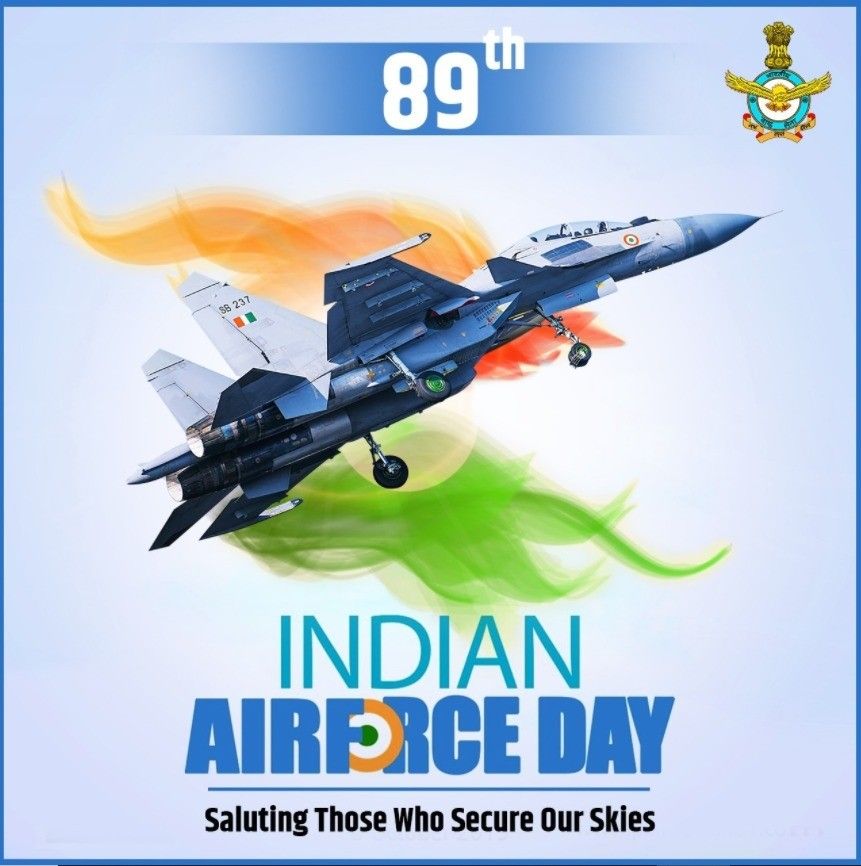 Today the Hindon Air force base witnesses the parade by air warriors comprising of both men and women, a flypast by the flying machines and the investiture ceremony to honour the achievers. The Chief of Indian Air Force Air Chief Marshal VR Chaudhari reviewed the parade and hosted the traditionally celebrated “at home” reception.

Greetings to air warriors, veterans & their families on Air Force Day. The nation is proud of the Indian Air Force which has proved its competency and capability time and again during peace and war. I am sure the IAF will continue to maintain its cherished standards of excellence

Greetings to our air warriors and their families on Air Force Day. The Indian Air Force is synonymous with courage, diligence and professionalism. They have distinguished themselves in defending the country and through their humanitarian spirit in times of challenges. pic.twitter.com/UbMSOK3agP

The guardians of India’s skies!

Salute the might of the @IAF_MCC as we celebrate the 89th #AirForceDay.