Marking the occasion of enactment of the constitution in a free nation, India is celebrating its 73rd India Republic day today. The republic day celebration will be witnessing the annual parade starting from the Rajpath, Delhi till the India Gate by the Indian Army, Indian Navy and the Indian Air Force.

The ceremonious event of the Indian republic day will also be showcasing the country’s social and cultural heritages through the sponsored tableaus taking part in the parade.

Why republic day is celebrated ?

January 26, was the same day in 1950 when the Indian government replaced the Government of India Act (1935) with the Constitution of India under the chairman-ship of Bharat Ratna Dr. Bhim Rao Ambedkar. 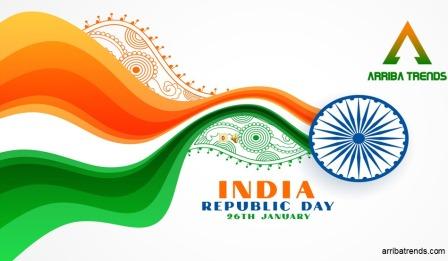 Since the independence from the britishers after their slavery of 200 years. India has come so far to pitch as a world leader in so many domains around the world. Adding feathers to its cap the country is proud of its several achievements throughout the years since independence.

One of its major achievements is the Indian constitution through which the country runs. Being the longest handwritten document in the world, it inherits the passion of a nation to deliver its citizens the best possible guidelines to be followed under law.