Chand Baori situated in Abhaneri village of Rajasthan was named after the local ruler Raja Chand. He was from Gujara Pratihara Clan. The members of this clan claim to be the descendants of Sri Laxman (Lord Rama’s younger brother). There is no epigraphic evidence to pin down the actual time of its creation, however after careful scrutinization of its style, this piece of architecture can be placed in the 8th or 9th century. After a careful observation of all the components of Chand Baori it seems that all these elements were added gradually. To add a vague timeline it can be said that its construction started in c. 800 and was completed in c. 1800.

The architecture of Chand Baori is local and it’s design is geometrical. This type of pattern cannot be found in this age. According to Morna Livingston in Steps to Water, The Ancient Stepwells of India, Chand Baori is amongst the few stepwells that have “two classical periods of water building in a single setting”. 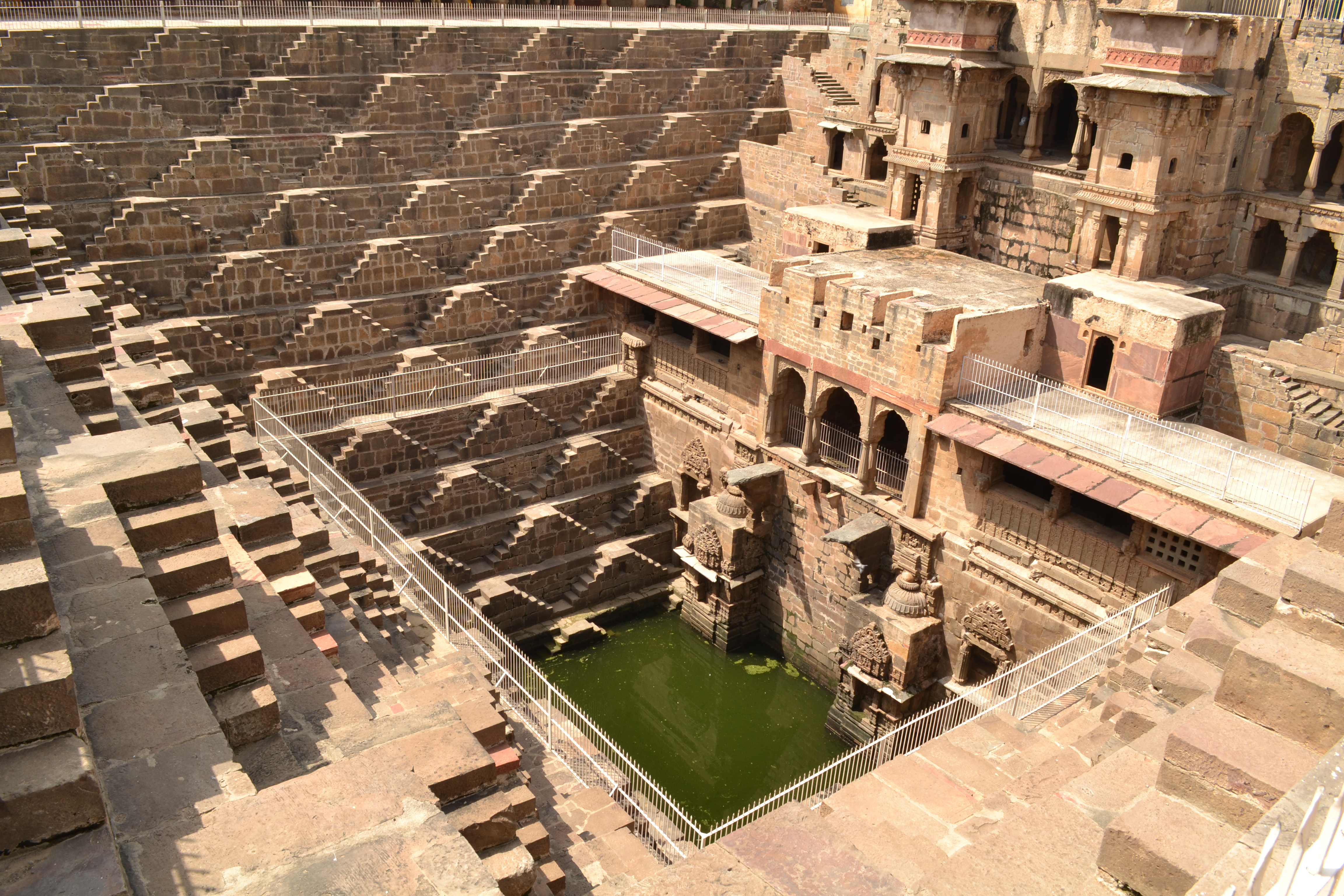 As mentioned earlier, the oldest part of the building dates back to the 8th century and the new additions such as tabulated arches and cusped arches visible from the upper palace were added by Chauhans and Mughals respectively.

What was the purpose of such stepwells in the ancient era?

The question regarding the utility of these gigantic pieces of architecture might intrigue a curious mind. Why did rulers invest such a hefty amount of money in building these stepwells?

Well, the answer is pretty simple. These stepwells were used for multiple purposes at those times, like:

Today the place isn’t used to draw water anymore but its elegant geometry attracts both local and international tourists.

Chand Baori represents the architecture of Western India. It attracts many tourists not because of its incredible magnificence only, but also due to its cultural and historical importance. The place is surreal and has been used in many Bollywood movies as well. In 2012 a portion of the movie The Dark Knight Rises was also shot here.