Protect yourself from lightning | Arriba Trends
Skip to content
Insight

Scientists say that due to climate change, the incidents of lightning are increasing continuously all over India. According to government figures, about two and a half thousand people die in lightning incidents in the country every year. If you compare it with America, only about 45 people die there.

There is evidence that lightning incidents are becoming common in villages as well as in cities. This thing is also serious because in the coming years the population of the cities of India will increase rapidly.

It is believed that the incidence of lightning is increasing rapidly due to climate change, local landscape warming and excess moisture. If this is not taken care of, then that day is not far. When these balls of fire will fall in densely populated areas and thousands of people will be killed. That is why we have to take climate protection measures together at the individual and collective level. 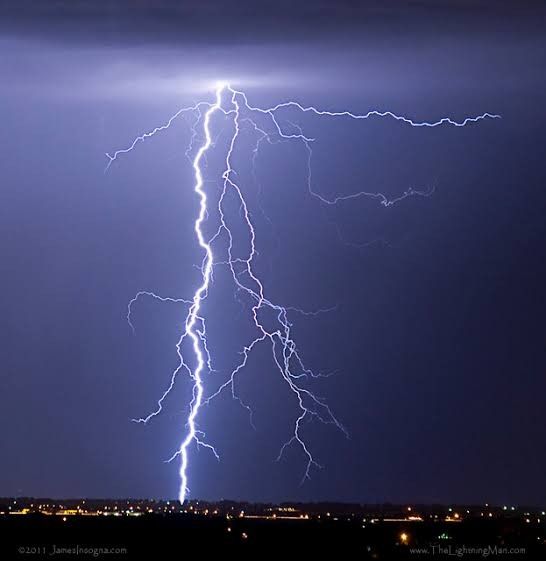 What to do when lightning strikes?

Incidents of lightning are increasing all over the world. According to the website of the British Meteorological Department, there are more than 3 million lightning strikes every day around the world. This means that lightning is falling somewhere 44 times every second. According to this, on an average, 1 billion and 400 million times a year, lightning falls. Whenever you see the clouds thundering, pay attention to some things.

If you want to reduce the number of lightning strikes, then help save your environment. Deforestation, drying up of water sources, concrete and industrialization everywhere, more emissions of greenhouse gases are believed to be the reasons for the increase in such incidents.

Lightning falling from the sky has a power of up to one billion volts (1 billion Volts) and when it falls on buildings, it causes great damage to them. In the same year, the historical fort of Chittorgarh in Rajasthan itself also became a victim of this. Due to lightning, a large piece of stone from one of the pillars of the fort fell on the ground. Now repair work is going on here but it is a challenge to make a part of the fort which was hundreds of years old as before.